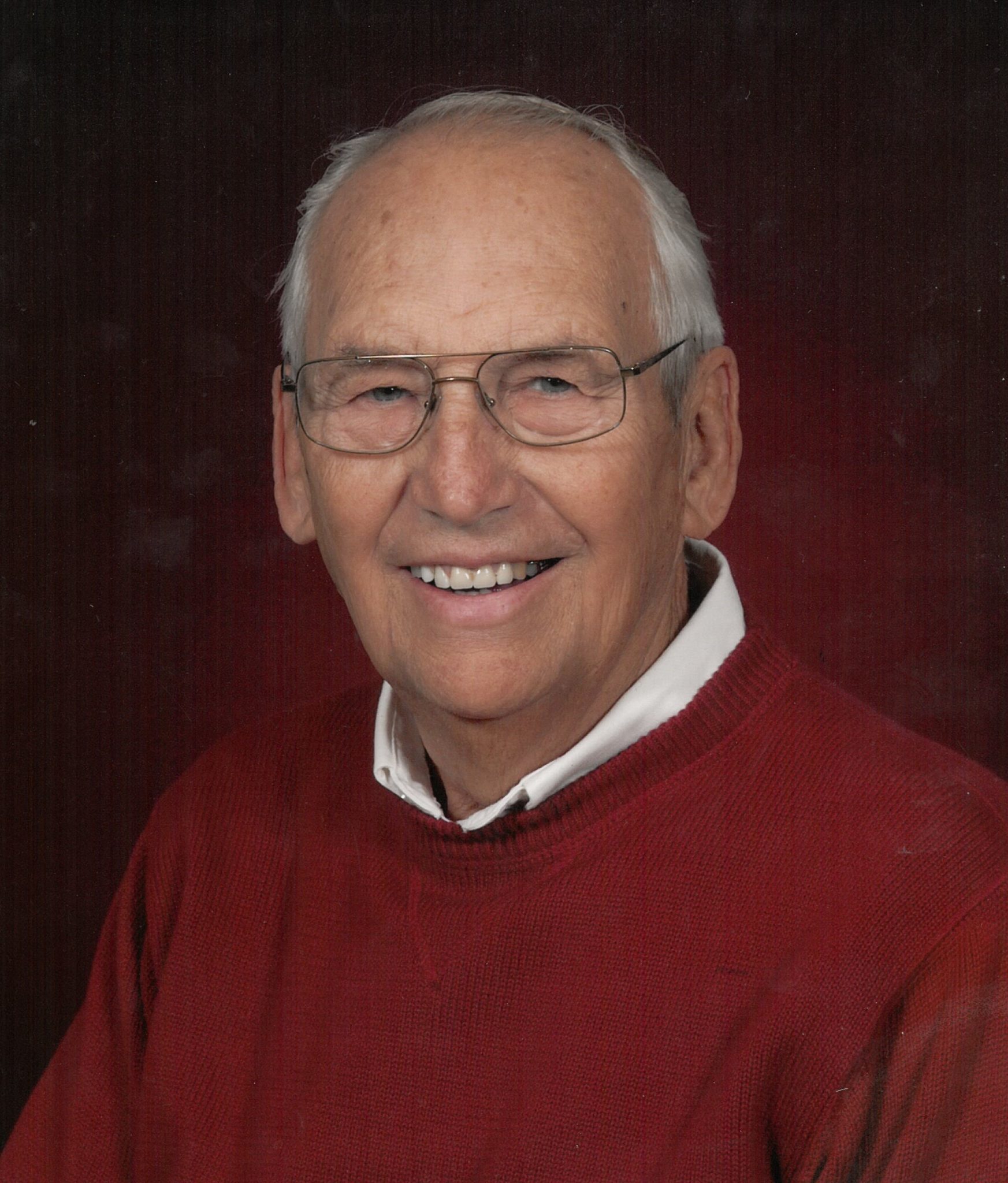 Donald Morris Waltz, 93, passed away Tuesday, October 4, 2022, at his home in Brownstown, IN.   Don was born on May 5, 1929, in Madison, IN to C. Glenn and E. Eloise (George) Waltz. He grew up on the Waltz family farm in Madison, attending Hebron school through the 8th grade (a one-room schoolhouse near his home) and then later graduating in 1947 from North Madison High School where he played on the basketball team. Don, also known as “Duck” to those who grew up with him, loved relaying stories from his childhood on the farm. His memoirs, which he wrote in 2006, recount many of those funny and entertaining events.

He met his wife, Peggy Ricketts Waltz, at Baptist church camp when he was in junior high.  They met up again in high school at one of Don’s basketball games and the rest is history.  They married on May 21, 1950.  He served in the Army Reserves from 1950 to 1954 and then the U.S. Army as a Supply Sergeant from 1954 to 1957, at which time he, Peggy and his young son Tony lived on a base in Heilbronn, Germany.  Upon returning to the U.S., Don worked several construction jobs before going to work at Dunlap and Co., a building supply chain with a store in Madison.  At that time Dunlap was developing subdivisions and Don was asked to get his realtor license, a catalyst for his life-long love for buying and selling property.  In 1959 he moved his family to Seymour where he became the Dunlap store manager.  He was later promoted to a V.P. position at the Dunlap HQ in Columbus, IN.  When Dunlap was purchased by Southwest Forest Industries out of Phoenix, Don was named President of their building material division in Indiana. After many years in this position, Don assisted Southwest with the sale of that business and then in 1982 he opened a flooring store in Columbus – Riverside Carpet Warehouse.  His daughter Joellen and her husband, Duane joined him in that business, and they expanded by opening a store in Seymour – The Floor Store/Carpet One.

Don was active in church and community throughout his life. He was the Chairman of the building committee for First Baptist Church on Community Drive. He and his friend Bill Bateman had several real estate ventures together, including purchasing the vacated Shirt Factory on Tipton which they tore down and parceled off, but Don kept a piece of that land and later built the Waltz Building, which now houses The Floor Store/Carpet One and other local businesses. Don and his son Tony developed 25 acres of land in Madison where they built Madison Heights Apartments and the Waltz Animal Clinic.  Throughout the years Don was active in Rotary and the Gideons. He was also a deacon and trustee at FBC and taught a boys’ high school Sunday School class.

Don and his wife Peggy purchased a lot at Lake & Forest Club in Brownstown in 1969 and built a cabin where his family and friends have shared much love, laughter, and fellowship. During those 53 years he has taught countless numbers of people how to waterski. He also enjoyed his retirement winters at their Bay Pointe condo in Ft. Myers Florida.

He was married to Peggy for 55 years when she passed away in 2005. In 2007 he married Sandra Brandon. He and Sandy have enjoyed traveling and life in Florida and summers at “the lake” where they spend time with children, grandchildren and the “greats.” He loved wood carving and at age 89, carved a bear and cubs into a tree trunk on his lake property in Brownstown. Don was intelligent, witty, a problem solver and “get-er-done” guy. His children and grandchildren cherished his sense of humor and often solicited his sage advice. He loved the Lord, the Lake and Family and told his family just a few weeks ago that he planned to “die with his boots on.”