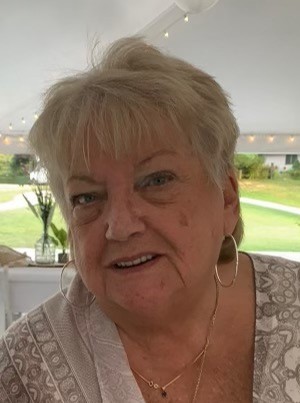 Dorothy Elaine “Dottie” Reynolds 79, of Seymour, Indiana passed away on Thursday October 6, 2022, at IU Health in Avon, Indiana. She was born on September 22, 1943, to the late George and Dorothy Ricker in Portsmouth, New Hampshire.

Dorothy married Donald “Jack Rabbit” Reynolds on April 18, 1964, in Kittery, Maine and the two were married for 51 years. Donald preceded her in death in 2015.

Dottie was baptized at the First Church of God in Seymour. She was employed with Big Blue Stores for over 25 years and Excel Tool and Die for 10 years. She was an inductee to the Indiana’s Women’s Bowling Hall of Fame. Most of all she enjoyed being with her family and watching her kids and grandkids play sports.

She is preceded in death by her husband, parents, 2 sisters, and 1 brother.

Visitation will be held at Voss and Sons Funeral Service on Saturday October 8, 2022, from 2pm until time of the service at 4 pm with Pastor Ralph Blomenberg officiating. In keeping with her wishes cremation will be performed following the services.