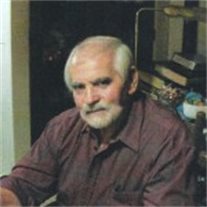 Frederick J. Baurley, born January 26, 1943 passed away in his home May 5th, 2014, surrounded by some of the things he loved most- his family, his dog, and the comfort of being just where he wanted to be- home.

When summarizing a life, words never measure up to the person, and so is the case with Fred. He graduated from SeymourHigh School, attended General Motors Institute in Flint, Michigan and served in the US Army in Germany graduating at the top of his class receiving special commendation for his achievements. Fred was a toolmaker by trade and worked for Cummins Engine Company for over 50 years. He could fix or make anything. He was an avid outdoorsman and always enjoyed being outside, hunting, fishing, farming, or just being an observer of nature. Fred was the consummate teacher who shared his knowledge and experience with anyone.

Fred was married for 45 years to his wife, Sharon. They had a special connection and shared a life together- building a home, working on the farm, and raising a family.

He was preceded in death by his parents, Joseph (Joe) and Lucille Baurley and brothers, John E. Baurley and Rick Baurley.

In keeping with his wishes, friends and family are invited to a casual gathering at Jackson- Washington State Forest Skyline Drive Shelter House in Brownstown on Saturday, May 17th at 11:00 am to be with nature and have the kind of moment of silence that he so enjoyed.

The memories we take with us will live on, but Dad, you will be missed.

All Arrangements have been entrusted to Voss Funeral Service.

In lieu of flowers, donations may be sent in has name to Anchor House, 250 South Vine, Seymour.