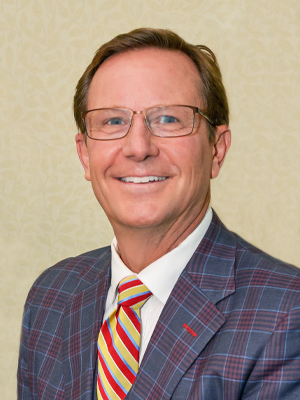 Mark Adams is a licensed Funeral Director and served as owner of Voss & Sons Funeral Service, Inc. for 20 years. He was born in Columbus, Indiana and graduated from Seymour High School in 1981. In 1985, he graduated with scholastic honors from Mid America College of Mortuary Science. He and his wife, Connie, have been married 34 years and are the parents of four children: Lydia, Meredith, Janelle and Brantley; and very proud grandparents of their granddaughter, Ansley and grandson, Pierson. Mark also holds an Indiana Insurance License. He is a member of the Eagles Club and a Board member of the Seymour Boys and Girls Club. He is a past president of the Cortland Alumni Association. In 1989, he was voted Big Brother of the Year; and in 1999, he was Seymour’s Small Business Man of the Year. Mark loves to spend time with his grandchildren and to drive his restored 1978 Camaro.